L’Orchestre is an “association de loi 1901”, which welcomes students and amateurs musicians every year who wish to play a collective musical activity. L’Orchestre is supervised by professional musicians, conductor, section leaders and plays with highly talented soloists. Every season, l’Orchestre is giving three programs: two symphony programs and an opera. To facilitate contact with the public, l’Orchestre also offers concerts in reduced groups (chamber orchestra and small sized orchestra).

For some of them, amateur musicians who received musical training at the conservatory or music school during their studies had to stop when they arrived at higher education. The orchestra is for them, as to all amateur musicians. The orchestra is an opportunity to take back your instrument and not loosing the benefit of initial training thanks to a dynamic context and ambitious programs.

Patrick Souillot is an atypical conductor whose vocation was inspired by Leonard Bernstein, during a broadcasted concert. After an academic career, he becomes the youngest professor of graduate conducting. In 1986, he met Leonard Bernstein, during a masterclass at the American Conservatory of Fontainebleau. He offered him to become his student and his assistant. He shares Bernstein’s 70-year-old tour around the world with the Schleswig Holstein Musik Festival Orchestra, and then assists the conductor in Vienna, Amsterdam, Munich …

He approaches all styles of music, records film, ballet and theater music. Since 1989, musical director of the Orchestra, he has invested himself with these young musicians from whom he draws the best and to which he shares his passion. Winner of international competitions, he is the guest of prestigious orchestras in Riga, Sofia, Montpellier, Krakow, Stuttgart, Moscow, Hamburg, Hong-Kong, Doha, Jeddah, Shanghai … He directed the London Symphony Orchestra at the invitation of Sir Colin Davis. He is performing with famous soloists like Marie-Claire Alain, Patrice Fontanarosa or François-René Duchable, Véronique Gens, Pascal Amoyel, Nemanja Radulovic but also Youssou N’Dour and Elie Semoun …

Very eclectic in his musical choices, he approaches with the same conviction all styles and symphonic and lyric repertoires. He directed the first concert of classical music in Saudi Arabia, with the show Mozart in Egypt. He devotes part of his activity to the Eskisehir Orchestra (Turkey) where he is first guest conductor. He premiered in Doha The Magic Lute of H. de Courson, with the Qatar Philharmonic and performed at the Chatelet with the Orchester de Chambre de Paris. He directed Carmen’s first production in Saigon. and La Bohème, with Opéra en Plein Air, directed by Jacques Attali in 2016. He is the founder and artistic director of La Fabrique Opéra.

In 2017 and 2018, he re-created Fredégonde, a forgotten opera of St-Saens at the opera house Saigon and has just launched in Isère “Mon P’tit concert”, a concept of pedagogical concerts. 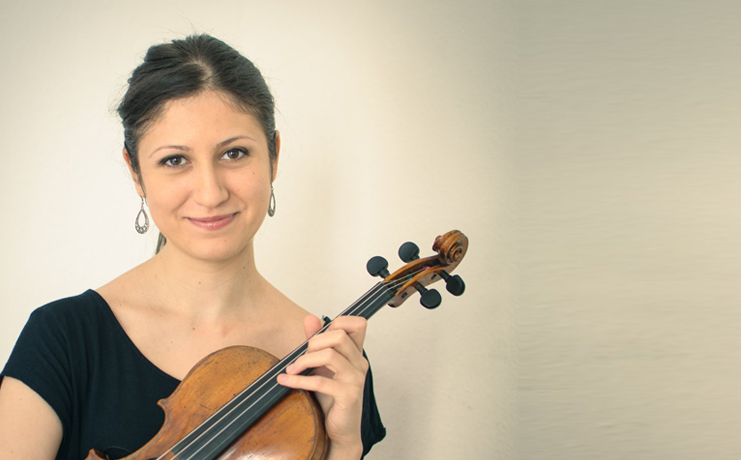 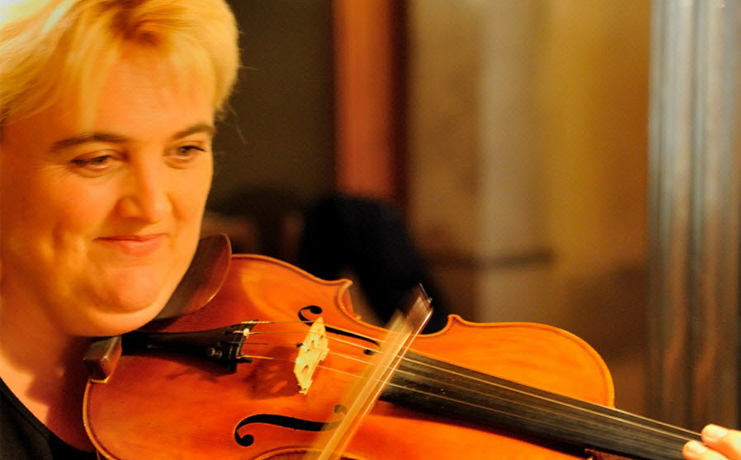 Christine Antoine studied at the CNR of Grenoble, in a complete course crowned with several prizes, including that of violin in the class of C. Munch. She perfected her skills in Paris with Jean Lenert for 5 years, then joined the Orchester des Pays de Savoie.
After two years with great conductors, such as Patrice Fontanarosa, Tibor Varga or Reinhart Goebel, she fell in love with early music and entered the Geneva Conservatory. There, she confronts the baroque violin technique with Chiara.Banchini, Odile Edouard, Gabriel Garrido, Enrico Gatti, the Hantaî brothers, Jaap Schrôder.

After her Diploma with honors in early music, it is quite natural that she collaborates with various baroque ensembles such as Ad Fontès (Germany), Swiss Consort (Geneva) Anachronismes (Valence), Hôtel-Dieu (Lyon), Acorte Musical (Lausanne), we can hear her at the Festival of Ambronay, Royaumont, Sylvanès, Mont-Blanc, Jean de la Fontaine, often in Duo with Irène Assayag.

In 2007, she founded the ensemble “Le Jardin Musical” which promotes early music and contemporary music.

Holder of the C.A of violin, and passionate about orchestra, she is currently a professor at the Conservatory of Eybens and directs several ensembles, as well as the choir “Vox Clamans” 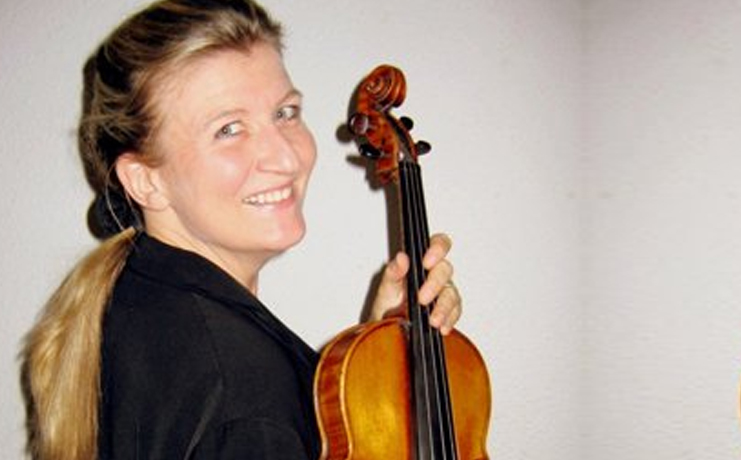 First Prize in viola and chamber music from the Union des Conservatoires de la Seine-Saint-Denis and the Conservatoires de Paris, Catherine Simon then studied with Erwin Schiffer and obtained, in 1992, the First Prize from the Royal Conservatory from Brussels. She then played in various orchestras (Orchestre Symphonique du Mans, Atelier instrumental de Paris), as a violist or soloist and even had the honor of performing in 1994, the creation of the concerto for viola, by Albert Cellac with the Instrumental Ensemble of Saint-Quentin en Yvelines of which she is the solo viola.

From Isère since 1995, she began by playing with the Ensemble Instrumental de Grenoble where she was directed by big names such as Régis Pasquier, Stéphane Cardon, Jean-Claude Malgoire, Patrice Fontanarosa, Jean-Jacques Kantorow… She is also a member of the Trio Mélisande. Catherine Simon teaches the viola in the Communal Conservatories of Eybens and Domène.

After musical studies in Chambéry (Prize for young hope in 1977) and in Grenoble (DEM in cello and chamber music), he perfected his skills with Reine Flachot at the Ecole Normale de Musique in Paris (concert license), then with Arto Noras, Frédéric Lodéon, Alain Meunier, Claude Burgos and Yvan Chiffoleau.

Fascinated by chamber music, he was a founding member of the ensemble “Le temps perdu”, specializing in 20th century music, of the Altaïr String Quartet, of the “Concert unexpected”, and created and directed the ensemble “Sensitive Cords”. He also plays with the baroque ensemble Le Jardin musical, and has been conducting the Orchester et Chœur de Fontaine since 2015.

He teaches cello and ensemble music in the CRCs of Meylan, St-Martin-d’Hères and Fontaine.

The orchestra is hiring, how to apply? The University Symphonic Orchestra of Grenoble will offer a fabulous season, monitored by professional to help amateur musicians. Our ambition is to democratize music practice but also to reach out various audiences. Your...

Created in 1977 by university professors and CNRS researchers, the University Symphonic Orchestra of Grenoble is an original ensemble, renowned at the European level for its quality and its dynamism. The aim is to enable young musicians to make progress...